This article is about the importance of providing a safe place for women to work whether in person or remotely.

It is never a good thing to admonish the opposite gender to prove a point.

Recently it devastated us to hear a close friend who worked in property management discuss that there was a male colleague at work that was just too forward with his physical touching.  We asked her whether she told him to cease that type of behavior.  She said she did but when we asked whether he stopped - she said no.  She told us that it was not only her that experienced it but other women in the office too.  She consoled herself by thinking it was acceptable because she was not the only one that had to suffer. She excused his behavior saying "he did not touch touch my breasts or my bottom so it is not sexual harassment."

It was at that moment we realized how prevalent sexual harassment really was.  How it effected so many industries and how smaller businesses were more prone to it because they simply did not have the infrastructure to combat it and hold people accountable.

Sexual harassment is not what is touched but how you are touched on the inside.  The fear that grips you.  Just as the fear of COVID-19 has gripped the world, sexual harassment fear has gripped women for far too long. A woman's plight is one they themselves suffer, but those closest to them also suffer because they inadvertently sympathize.  Women have been colloquially called "birds" and women that suffer from sexual harassment are similar to watching a flock of birds flying together and suddenly a few fall from the sky.

The fear has done great things to make males of higher ranks and positions think twice about their actions but, it has not done enough for men who are their subordinates.

Sheryl Sandberg (COO of Facebook) who went through a terrible tragedy made popular the phrase "Lean In."  We at The DIY Investor think it is important to "Lean In" and discuss the powerful movement that is #MeToo and #TimesUp so that we as human beings can learn and grow.  For women who have to endure this pain it is important to "Lean In" and receive the support of other women and men to know that they are not alone and that they can overcome.

We have been the most impressed by men who have stood up to defend women who have been brave enough to come forward and acknowledge that it was never easy for them.

Learning and growing is what makes one resilient and better able to accept the struggles of day to day life. It also helps make one appreciate all the smaller moments in life.

"Lean In" and find happiness. 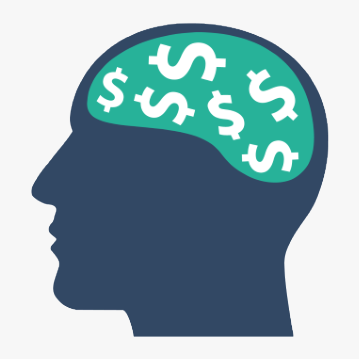 Login with your Social ID